Welcome to the JMS SSEP blog! 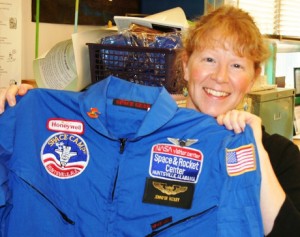 SSEP at Jackson began shortly after my amazing experience as a Honeywell Educator at Space Academy at the US Space and Rocket Center in Huntsville, AL. I learned about the opportunity to put a student’s experiment on the space shuttle from Linda Cox Robinson, a member of my Space Camp Team Destiny. Thanks, Linda! From there I read all I could on the SSEP website, and called Dr. Jeff Goldstein who guided me to the Oregon Space Grant Consortium in Corvallis and reminded me that I had approximately three weeks to secure funding. The OSGC program manager, Laura, was exceedingly nice and encouraging, and asked me to send in a proposal. I thought, “Proposal?!?” I’d never written a proposal. In fact, I’d never applied for a grant before so starting out sending an experiment on the space shuttle was particularly imposing. I was determined however, and simply began to write what I envisioned happening at Jackson in the fall.