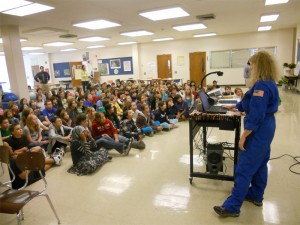 In mid-July, OSGC’s director, Jack Higginbotham called to tell me that they were going to fund our project! Thanks SO much to Jack, Laura, and everyone at the Oregon Space Grant!

With SSEP funded, I began planning in earnest. During the first few teacher work days back at school, the program was presented to the Jackson staff. Shortly after students began in September, I went around to all the classes and the experiment design competition began!