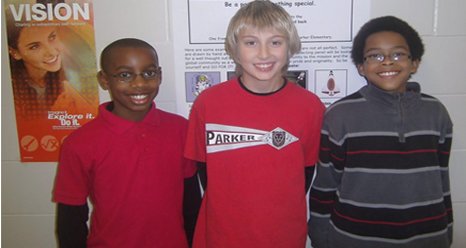 To all students that are participating in SSEP Mission 1 to ISS, and participated in SSEP on Shuttles Endeavour and Atlantis, I think this post might help reaffirm the notion that you were called upon to be scientists and stepped to the plate in amazing ways.

The Student Spaceflight Experiments Program has been honored for a second time by the International Space Station Science Program Office at NASA Johnson Space Center with a feature article. Like the first article for SSEP on STS134 and 135, it appears on the ISS RESEARCH page. That’s because NASA recognizes SSEP is about real research by student investigators.

The story below is a repost of the article at NASA’s ISS website. It was written by Jessica Nimon (thanks Jessica!) and focuses on the SSEP Mission 1 experience in Houston. But it mirrors the experience across over 30 communities that have participated in the three SSEP flight opportunities to date. A big congratulations to the student investigators in Houston—all 350 of them—that submitted 267 flight experiment proposals. And a very special thanks to Nena Berry and Amber Pinchback, the SSEP Community Program Co-Directors at Johnston Middle School, and their incredible team of teachers that made all this possible.

AN INVITATION: To all students, teachers, parents, SSEP Community Program Directors and Co-Directors, underwriting partners, and research organization partners, if you would like to write a short essay on your community’s SSEP experience, or your personal experience, to be shared right here at the SSEP National Blog, please contact us. (You might want to read essays that have already appeared.)

Finally, if you’d like to send a thank you to the National Aeronautics and Space Administration, and Jessica, write a note on the contact page, and we’ll send it to her!

If you are looking for proof of the inspirational impact of the International Space Station, you need only speak to the educators of the children participating in the Student Spaceflight Experiments Program, or SSEP. This program provides 41,200 students from around the nation the opportunity to propose a microgravity experiment with the chance of having it performed on the orbiting laboratory. 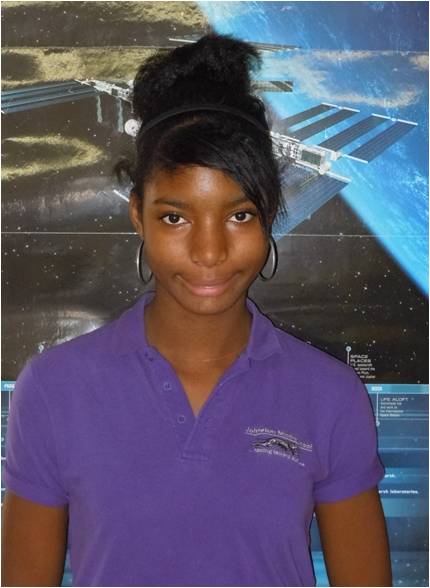 “If these students were asked to write this much for an English paper, they would probably have a cow,” said Amber Pinchback, assistant principal at Johnston Middle School in Houston, Texas. “But they were so into it and intrigued by the information that they just kept typing and kept writing and it was just wonderful to see the amount of work and rigor and thought that went into the project.”

Participants include 92 schools in 12 communities from all over the nation, each flying one student-designed experiment, selected from the many proposed as part of SSEP’s Mission 1 to the space station. Pinchback is part of a community effort in the space city of Houston, Texas, which includes Johnston Middle School—a NASA Explorer School— and Parker Elementary School. The program is open to students from 5th to 12th grade, colleges, and informal science education organizations, as well as internationally through the Arthur C. Clarke Institute for Space Education.

The program is undertaken by the National Center for Earth and Space Science Education, or NCESSE, in partnership with NanoRacks, LLC. It is an on-orbit educational research opportunity enabled through NanoRacks, LLC, working in partnership with NASA under a Space Act Agreement as part of the utilization of the space station as a National Laboratory.

“SSEP is designed to empower the student as [a] scientist, and within the real-world context of science. Student teams design a real experiment, propose for a real flight opportunity, experience a formal proposal review process, and go through a NASA flight safety review,” said Jeff Goldstein, creator of SSEP and NCESSE Center Director.

While this is the first time Houston has participated with SSEP, the two schools are no strangers to the inspiration space exploration brings. In fact, they have a fairly famous alumna in astronaut Shannon Walker, who visited the schools last year—both in person and from the space station in a live downlink, along with crew mate Doug Wheelock.

That experience set the tone for the excitement that followed for students as they pondered and proposed their own space station investigations. “You know, they didn’t complain. I could not believe it! They really didn’t,” said Lanena Berry with Johnston middle school. “They’re interested in this, they’re into it and it’s a huge project for middle schoolers and for elementary schoolers. I kind of got frustrated with the process about halfway through, myself, but I never saw it on their faces. They were excited to share their ideas with each other and they pretty much got right on it.”

Pinchback echoed this sense of enthusiasm from her students. “They are aware that it is a unique opportunity to get to create an experiment that an astronaut will perform for you. They know it is a lot of hard work,” said Pinchback. “I am so impressed with the amount of work that they put into these projects and the amount of writing and research that they put into these things.” 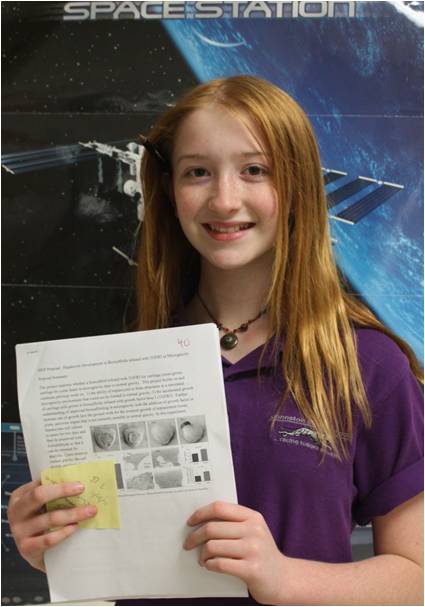 Student proposals ranged from how radiation in space impacts soy beans to the effect of microgravity on bacteria that produce methane. Houston area scientific professionals helped teachers to guide students along their proposal paths. Some experts even came to visit schools and confer with students to aid them in understanding what types of experiments were viable for space.

“We had a Saturday event where six different scientists from the community with various backgrounds visited the students. For two hours the kids could come, meet with the experts, do research on the computers, and ask questions,” said Pinchback. “It just helped to guide students to find answers or think scientifically.”

This experience creates a lasting impression on the children, who may be inspired to blaze their own paths in math and science as they continue their education. “Even though you talk about it in class, and I’ve talked about it before quite a bit, sometimes they get it and sometimes they don’t. But this just solidifies it right here, you know they’re hands on involved in it,” said Berry. “This is real science going into space at their age. Just imagine what they can do with it in the future.”

The criteria for selection included practical measures, like fitting into the size parameters provided by SSEP, the impact of the scientific question, and the timing of the study, among other considerations. Houston area teachers whittled student proposals down from approximately 240 submissions to three finalists. These three then went forward to NCESSE for final selection. Winning experiments now go on for development and launch to the space station. Houston finalists include:

• “Insulin’s Molecular Structure in Microgravity”
Proposed by Aunjanee Cooper, 8th grader at Johnston Middle School
Inspiration: A family connection to diabetes prompted Aunjanee to study whether insulin would be effective in space for use in long-duration exploration.

• “Hepatocyte Development in Bioscaffolds infused with TGFB3 in Microgravity”
Proposed by Emily Soice, 8th grader at Johnston Middle School
Inspiration: Emily hopes her research will help scientists provide a way to replace damaged or worn organs and joints in space.

• “Will Vitamin C Help Preserve Bone Density in Microgravity?”
Proposed by Michael Prince, Maxx Denning and Aaron Stuart, 5th graders at Parker Elementary School
Inspiration: The students felt this was a significant question, as astronauts lose a measure of bone density when they leave Earth’s atmosphere for long durations.

Originally only one proposed experiment from each community would run on the space station. A last minute uncertainty of refrigeration during ground transport, however, prompted SSEP organizers to reevaluate winning proposals based on the potential for damage due to loss of temperature control. Three communities, including Houston, had finalists that required refrigeration, so NanoRacks agreed to fund a secondary experiment for each of those communities at no additional cost.

Houston winners for Mission 1 include Emily Soice and the team of Michael Prince, Maxx Denning and Aaron Stuart. “As you can imagine, [Houston officials] were incredibly excited to fly both [experiments]. So excited in fact that they are putting forward an implementation plan with upwards of 35 schools for Mission 2, which starts at the beginning of March,” said Goldstein.

Though not every investigation from each of the 12 communities can ultimately launch to the station aboard the planned Soyuz 30 flight in March 2012, the proposal process and final investigations will continue to inspire. Teachers in Houston, for instance, plan to host a fair to display their schools’ science proposals and the hard work done by these dedicated students. These schools also plan to hold a mission patch art contest, with the final design flying with the Houston investigations into space.

1. Here is the story at the International Space Station Research page:
http://www.nasa.gov/mission_pages/station/research/news/SSEP.html

Featured on the NASA For Educators Main Page – Educator Features and Articles
http://www.nasa.gov/audience/foreducators/index.html

Featured on the NASA For Students Main Page – In the Spotlight
http://www.nasa.gov/audience/forstudents/index.html

3. A description of all finalist experiments and experiments selected for flight on SSEP Mission 1 to ISS:
http://ssep.ncesse.org/communities/experiments-selected-for-flight/selected-experiments-on-ssep-mission-1-to-iss/