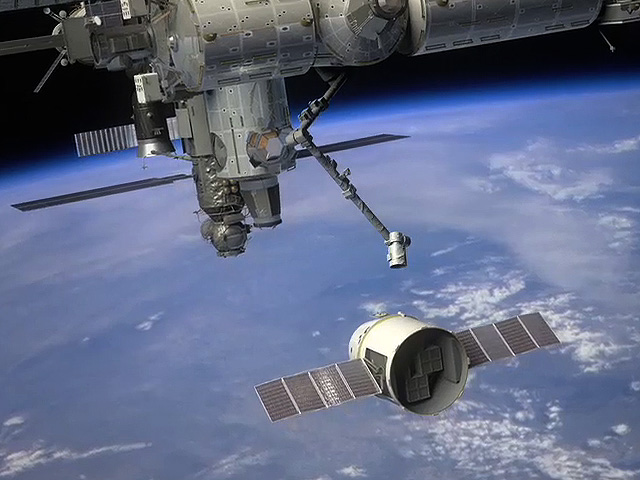 To all SSEP Mission 1 to ISS participants, take pride in another historic first.

I received the email below at 8:15 am today from Jeffrey Manber, NanoRacks’ Managing Director. Jeffrey is a great friend, in fact a great friend to all of us. He had faith in SSEP two years ago when we took the program from a drawing on a napkin to a national initiative in just 3 months, and launched with SSEP on STS-134 in June 2010.

We just want you to know that everyone, from NanoRacks to NASA, is really excited that the SSEP students and schools are not only the first–and only–commercial payload onboard the SpaceX Dragon now being readied for launch, but that SSEP is the only scientific research payload aboard.

It is an historic launch for the American space program, given that this is the first commercial cargo delivery to the International Space Station. And SSEP is part of that history!

I know I keep repeating this, but so what. Right now, in this very moment, YOU ARE PART OF AMERICA’S SPACE PROGRAM. If that doesn’t make you step back and realize the remarkable potential in each of us, I’m not sure what will. And this goes for every student that was engaged in the enterprise of experiment design. And it also goes for every student that was engaged in mission patch design, for human exploration is also about the message that we communicate to one another through the arts and written word.

Why do I advocate that we are all part of this? Because we are all having this shared experience – together. And thousands of students stepped to the plate for the task at hand—to be part of pushing human understanding beyond what is currently known.

I am writing this in the midst of a review, at NASA’s request, of the final draft of a feature article written by NASA Headquarters on SSEP Mission 1 to ISS. We are honored, and humbled, that it is the fifth feature NASA has written on this program. Also at NASA’s request, for inclusion in the feature, I invited each of the 12 Mission 1 communities to write their own story about what this program has meant to them. What’s striking is that every story is different … and every story is the same. The program is having an impact on the perceived nature of science, the power of ownership in learning, and the gift of teamwork. But the individual student researchers, their teachers, the local partner organizations, and the communities are seeing those impacts in very personal ways.

NASA is trying to post the article by the time of Dragon’s launch. So stay tuned.

Finally, we still have room at Kennedy Space Center for the launch of the Dragon. If you’d like to attend, and have not contacted us yet, please do:)

And by the way, the missing FME mini-lab from Team Nebraska (Team #9) was delivered by United States Postal Service last Saturday and all mini-labs are safely aboard:) Hope you all weren’t biting your nails for nearly a week.

SSEP is the first pre-college STEM (Science, Technology, Engineering, and Math) education program that is both a U.S. national initiative and implemented as an on-orbit commercial space venture. SSEP is a program of the National Center for Earth and Space Science Education, enabled through NanoRacks LLC, which is working in partnership with NASA under a Space Act Agreement as part of the utilization of the International Space Station as a National Laboratory.