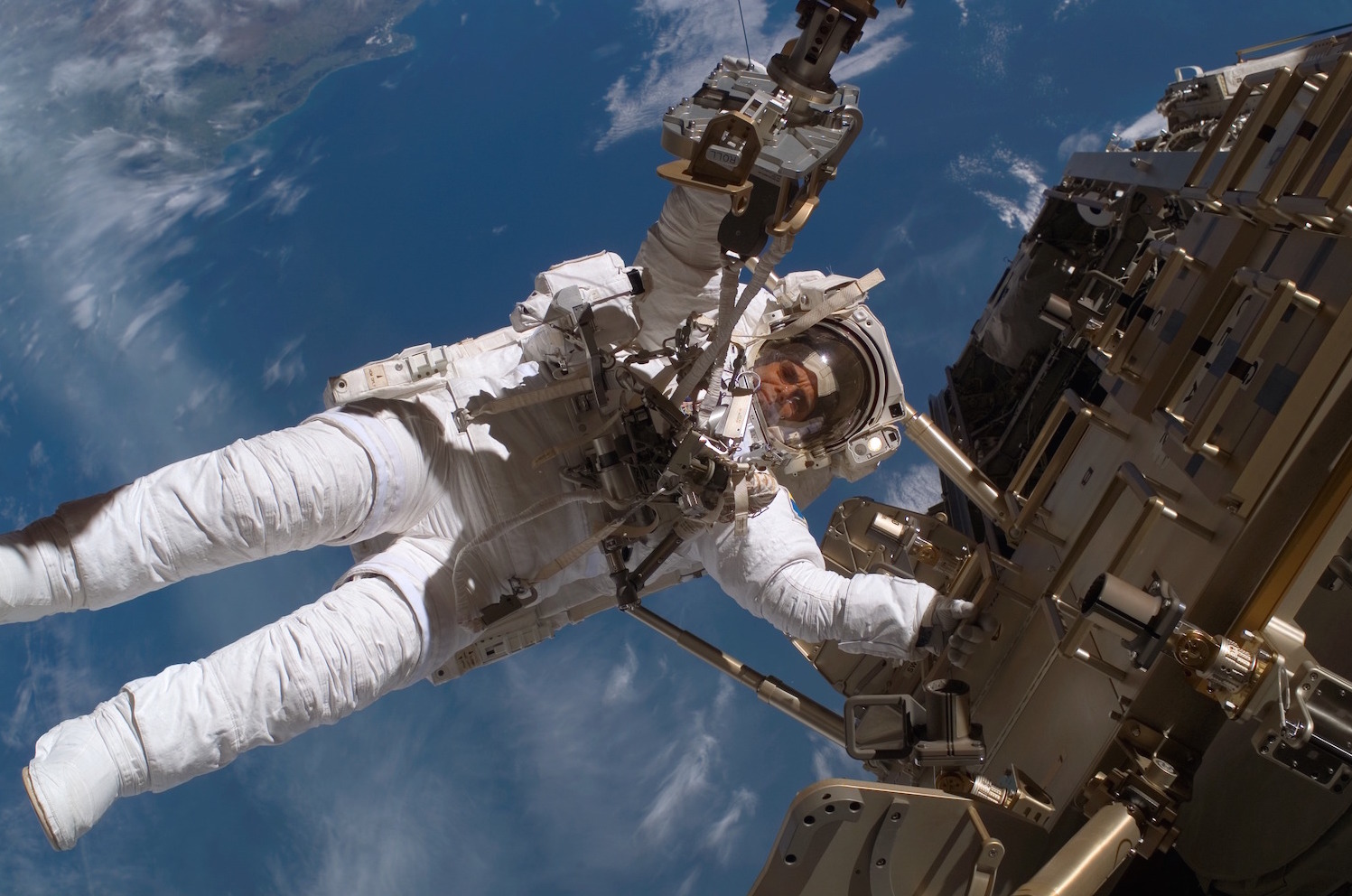 We thought it would be a great time to share this video by Bruce Berry. It is a gift from past astronauts aboard the International Space Station who captured our world from orbit in stunning detail. We wanted to share this as a celebration of SSEP Missions 7 and 8 to ISS – for the student researchers, teachers, and extended community in each of the 24 Mission 7 to ISS communities flying experiments in June aboard SpaceX-7, and the 3,600 student researchers and their teachers across the 14 Mission 8 to ISS communities now putting finishing touches on their flight experiment proposals for flight in Fall 2015.

We promised real spaceflight all the time … and, well, here you go –

Mission 7 to ISS: A record 27 flight experiments for the Student Spaceflight Experiments Program (SSEP) will be ferried to the International Space Station (ISS) aboard SpaceX-7 (SpaceX CRS-7), currently scheduled to launch from Cape Canaveral Air Force Station, FL, on June 19, 2015 (see the countdown clock in the right column). The National Center for Earth and Space Science Education and the Arthur C. Clarke Institute for Space Education, in coordination with NanoRacks,  are now conducting pre-flight operations, working with all 24 student flight teams across the SSEP Mission 7 to ISS communities for lock-down of the flight configuration for their flight experiments. Three additional teams (two from Mission 5 and one from Mission 6) are also flying experiments. Together, the 27 experiments comprise the SSEP Mission 7 Odyssey payload.

Lock-down of the experiments’ flight configurations must occur by May 1, 2015, with the student flight teams, NCESSE, and NanoRacks formally signing off on what is termed the Flight Details Conformation Form. NanoRacks will then provide NASA Johnson Space Center in Houston the details of the experiments’ flight configurations for official entry into the NASA flight manifest for Odyssey, and NanoRacks will work with the ISS Crew Scheduling Team at Marshall Space Flight Center in Huntsville to get the crew interaction days and specific crew interactions entered on the daily work schedule aboard ISS. (Did we mention this is real spaceflight all the time?)

Mission 8 to ISS: Educators across the 14 communities participating in Mission 8 to ISS are now working with 3,600 students that have been designing microgravity experiments since program start on February 23, 2015. Flight experiment proposals from student teams are due on April 24, with Step 1 Proposal Review Boards in each community selecting 3 finalist experiments to send to NCESSE by May 6, 2015. In turn, NCESSE is convening the Step 2 National Review Board  at the Smithsonian National Air and Space Museum on May 19, 2015, with 20 reviewers selecting the flight experiment for each of the Mission 8 communities. We are expecting announcement of the Mission 8 flight experiments by May 28, 2015. The Mission 8 Kitty Hawk experiments payload is projected to fly in Fall 2015 (see the countdown clock in the right column).

NCESSE is also now onboarding Mission 9 to ISS communities, with a program start on September 7, 2015 (hey – do you know a community that might want to come aboard? yes? have them contact us). And by the way, the SSEP National Conference at the Smithsonian National Air and Space Museum in early July 2015, will host delegations from 26 SSEP communities, and student researcher teams from Mission 5, 6, 7 and 8 will be presenting.

Now for the video –

The video below can truly be considered a gift to the human race. Only in the last 60 years has our technology allowed us to venture forth from this world, and see it from the solemnity of space. Countless human generations never got to see what you are about to see – the nature of our existence.

The United States and its international partners have constructed the International Space Station, arguably one of the most complex machines ever built, and the largest spacecraft ever constructed. It provides a permanent human presence in space, and serves as an outpost from which we can look down on our world in reverence and in awe. And in that moment we see pride in ourselves, for the human need to explore has taken us to this high frontier. That need to explore is seen in our children, and threads through our lives. It is what propels the scientist and engineer. And it is what propels communities to undertake SSEP – so that our children can be immersed in journey.

Right now student flight experiment teams from 27 communities in the U.S. are getting ready for the launch of their experiments on SpaceX-7 in June, destined for the International Space Station. Consider where those experiments are heading, to a vehicle traveling through space at 17,000 miles per hour (4.7 miles per second) at an altitude of 260 miles above Earth’s surface – 47 times higher than Mt. Everest.

To the thousands of students, teachers, families, and community organizations in the Mission 7 and Mission 8 communities, we invite you to recognize that you are part of this adventure, project the video below on a screen in your classrooms (and boardrooms for the SSEP funding organizations), turn down the lights, turn up the volume, and savor what we humans have done.

Time-Lapse EARTH is a video created by Bruce Berry, Jr., from footage taken by the astronauts on the International Space Station. Found below are Bruce’s notes on the making of the video. See more of Bruce’s work at http://bruce-wayne-photography.com