By Jeff Goldstein on September 15, 2020 in Program News

If you are new to the Student Spaceflight Experiments Program (SSEP) you’re invited to read the Home Page, which is an Executive Summary of the program.

Students, teachers, family members, and other stakeholders across your community are invited to select the two Official Mission Patches for SSEP Mission 14 to the International Space Station (ISS). Replicas of these patches will be affixed to the outside of the Mission 14 payload box containing the 33 flight experiments. The two Official Mission Patches will be selected from the Mission 14 communities’ 50 Flight Patches flying with their flight experiments. Voting begins today and will continue through 3:00 pm Eastern Time, October 1, 2020. The link to the voting page is provided at the bottom of this post. 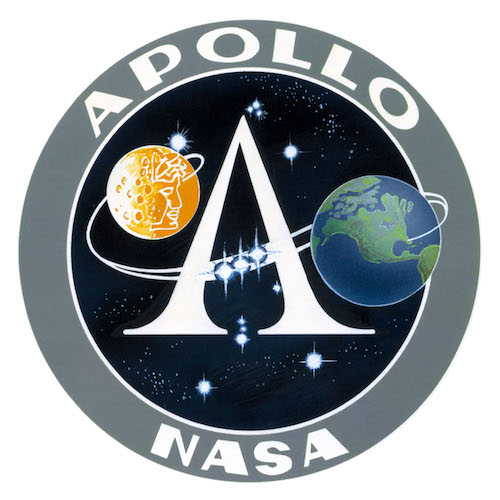 The 33 flight experiments for Student Spaceflight Experiments Program (SSEP) Mission 14 to the International Space Station are launching on SpaceX-21 from Space Launch Complex (SLC) 40 at Cape Canaveral Air Force Station, Florida, adjoining NASA’s Kennedy Space Center. SpaceX-21 is currently scheduled to blast off in mid-November 2020, with a No Earlier Than (NET) date of November 15.

The flight experiments comprise the Mission 14 Apollo payload, in honor of the 50th anniversary of NASA’s Apollo program.

Note the payload of experiments for each of the past 16 SSEP Missions has a historical designation.

You can explore the payload designations for all prior SSEP flights to date, watch the launch for each SSEP Mission, and read about the astronauts that operated the SSEP experiments on the Launch and On-Orbit Operations History page.

The Mission 14 flight experiments were selected in December 2019 by an SSEP National Review Board that met at NASA’s Goddard Spaceflight Center in Greenbelt, MD. It was the culmination of 16,600 grade 5-16 students formally engaged in microgravity experiment design across 32 communities in the U.S., Canada and Brazil, and 3,076 proposals for microgravity experiments submitted by student teams.

You’re invited to meet the 55 members of the SSEP Mission 14 National Review Board.

The Mission 14 communities also conducted Mission Patch art and design competitions to capture what SSEP means to the community, and to commemorate the 50th anniversary of the Apollo Program. A total of 22,697 grade K-16 students deigned and submitted 20,860 patches through these competitions. Each community selected 1 or 2 patches to fly with their flight experiment, with separate competitions typically held at lower and upper grade levels. A total of 50 Flight Patches were selected to fly on SpaceX-21 with the Apollo experiments payload. These patches are flown with the experiments and are returned to the communities after return to Earth, embossed with ‘certified flown in space’.

Each Flight Patch is precious, reflecting the culmination of typically hundreds of students across a community engaged in the SSEP experience, and serving as a symbol of the community’s participation in America’s Space Program.  It’s worth noting that these Flight Patches travel 400,000 miles each day aboard ISS – 16 times around planet Earth, as ISS orbits at an altitude of 260 miles – 47 times higher than Mt Everest, and at a speed of 18,000 mph. On return to Earth, communities typically frame their patches with the letter that accompanies them, and places them in a public space.

As a historical note, mission patches have been part of human spaceflight since the days of Project Mercury in the 1960s (see, e.g., this page at the NASA History Program Office). The official NASA mission patch for the Apollo Program is shown above. The SSEP Mission Patch competitions therefore allow communities to engage in another authentic aspect of the space program. From an education standpoint, the mission patch component of SSEP forges interdisciplinary connections between STEM fields and art and design, so that SSEP is a true STEAM (Science, Technology, Engineering, Art, and Mathematics) initiative.

With Mission 14, the National Center for Earth and Space Science Education and NanoRacks are adding a new SSEP program element. Two of the 50 Mission 14 Flight Patches will be selected as the Official Mission Patches for Mission 14 and the Apollo Payload. With your vote, one patch each will be selected to reflect lower and upper grade levels. These patches will be turned into graphic labels that will be affixed to the outside of the payload box carrying the flight experiments, which will be handed over to NASA, and then to SpaceX, for loading into the Dragon Spacecraft atop the Falcon 9 rocket. We will make sure to take photos of the payload box before and after flight:)

So invite friends and family to vote for your favorite patches at lower and upper grade levels.

WATCH HISTORY LIVE TODAY – Launch of Astronauts on SpaceX Demo-2 Mission 3:22 pm ET, May 30, 2020
To All Student Researchers Now Engaged in SSEP Mission 15 to ISS – A Challenge for the Start of Program: Understanding Weightlessness – You Want Me to Take a Bathroom Scale Where?