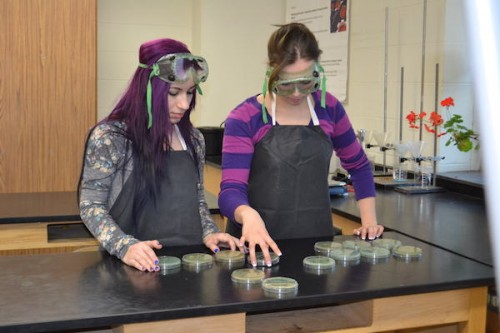 This pages provides supporting information for the Student Spaceflight Experiments Program (SSEP) Odyssey II payload of 25 student experiments flying on SpaceX CRS-8. These experiments were originally aboard SpaceX CRS-7 as the SSEP Odyssey payload launched on June 28, 2015, and which exploded 2.5 minutes after launch with loss of all experiments. All student flight teams reconstituted their experiments, and they are re-flying as the Odyssey II payload.

Odyssey II is formally the experiments payload for the SSEP Mission 7 to ISS flight opportunity, which is SSEP’s 9th flight opportunity to fly student experiments to Low Earth Orbit since 2010. Besides 23 Mission 7 experiments, Odyssey II also includes two additional experiments: a Mission 6 experiment from North Charleston, SC, and a Mission 5 experiment from Howard County, MD,  – both of which were lost twice, first on Orb-3 on October 28, 2014, and then again on SpaceX CRS-7 on June 28, 2015. (The compelling story of the loss, and rapid 1 month return-to-flight for the Mission 6 student flight teams is found in this December 8, 2014 blog post.)

Each Odyssey II experiment reflects the culmination of a formal research competition held in each of 25 communities across the U.S. In each community at least 300 students were formally engaged in microgravity experiment design and proposal writing, with typically 60-100 flight experiments proposed. Through a formal two step review process, one experiment is selected for flight from each community – so that each community is truly given its own space program. 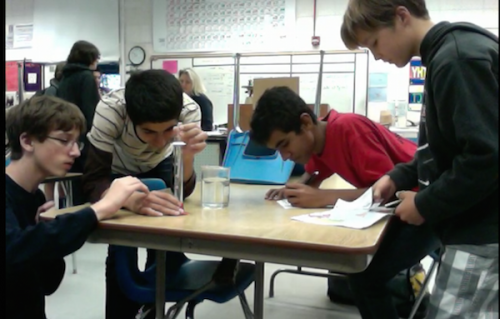 SSEP National Program Summary
Launched in June 2010 by the National Center for Earth and Space Science Education (NCESSE) in strategic partnership with NanoRacks LLC, SSEP was designed as a model U.S. National STEM (Science, Technology, Engineering, and Math) education program that immerses typically 300 (grade 5-16) students across a community in every facet of authentic scientific research of their own design, using a highly captivating spaceflight opportunity on the International Space Station (ISS).

Each participating community is provided a flight certified mini-laboratory capable of supporting a single microgravity experiment, and all launch services to fly the mini-lab to ISS, and return it safely to Earth for harvesting and analysis. Mirroring how professional research is done, student teams across the community submit research proposals, and go through a formal proposal review process to select the community’s flight experiment. The design competition – from program start, to experiment design, to submission of proposals by student teams – spans 9 weeks. Students can design experiments in diverse fields, including: seed germination, crystal growth, physiology and life cycles of microorganisms (e.g. bacteria), food studies, and studies of micro-aquatic life. Content resources for teachers and students support foundational instruction on science in microgravity and experimental design. Additional SSEP program elements leverage the experience to engage the entire community, embracing a Learning Community Model for STEM education. 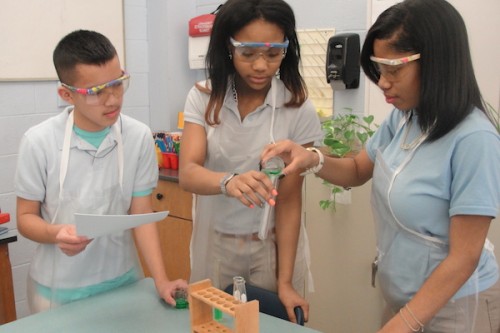 Mission 7 8th grade flight team in Pennsauken, NJ, will assess if there is a change in the natural antibiotic resistance in Staphylococcus Epidermidis, a close cousin to MRSA.

SSEP National Program Impact to Date
Since program inception in June 2010, there have been twelve SSEP flight opportunities—SSEP on STS-134 and STS-135, which were the final flights of Space Shuttles Endeavour and Atlantis; and SSEP Missions 1 through 10 to ISS. A total of 134 communities have participated in the program, reflecting 36 States and the District of Columbia in the U. S. and 4 Provinces in Canada. Thus far 28 communities have participated in multiple flight opportunities – one community is conducting their 7th flight with Mission 9 – reflecting the sustainable nature of the program. (Note: details of all SSEP flight opportunities can be found on the SSEP Flight Opportunities to Date page.) 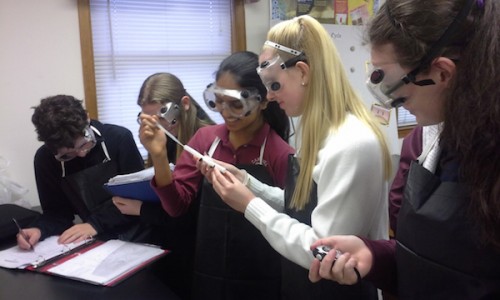 Mission 7 to ISS Historical Data
The 23 experiments flying as the SSEP Mission 7 Odyssey II payload reflect 23 of the 24 communities participating in Mission 7 to ISS (one community, Duluth, MN, is not re-flying their experiment). Program operations in all Mission 7 communities began on September 8, 2014. Microgravity experiment design and proposal writing was conducted over the course of 9 weeks, September 8 through November 7, 2014. Across the communities, a total of 10,760 grade 5-12 students were fully engaged in microgravity experiments design and 2,521 experiment proposals were received from student teams. The selected flight experiment for each community was determined by the SSEP National Step 2 Review Board that met at the Smithsonian National Air and Space Museum on December 9 and 10, 2014. In the intervening months, all flight experiments underwent NASA Flight Safety Review and passed; flight experiment teams continued to optimize their experiments; and experiment lock-in for flight configuration occurred on May 1, 2015.